what we do clients and projects

Since 2002, Gemini and Scorpio have been creating themed, immersive, participation-encouraging parties, with a varied lineup of entertainment. We are particularly known for our ability to curate entertainment, art and activities to any theme: over the last decade of producing some of New York's most unusual events, we've gathered a database of close to 1,000 individual acts, artists, makers and resources. We can dream it -- and we can build it.

Increasingly, clients come to us when they want their event to be something extraordinary, over-the-top, unique and memorable. We work with them to create a theme, develop a storyline and event flow, plan and execute production, curate art, activities and entertainment, source decor and props, and even get word out to press.


Some favorite clients and projects

For their most important annual event, BBC America wanted to surprise and delight their audience with a "discovery" of a 1920s speakeasy in an "abandoned" warehouse that ultimately turned into a futuristic nightclub. G&S curated the full night's lineup of art, activities and entertainment, including a grand scale fire show "reveal" at the moment of nightclub change -- over two dozen performers in all. The event was a huge hit, resulting in a stunned AdWeek review proclaiming, "BBC America may have set a new bar on Thursday evening with a Dionysian party." 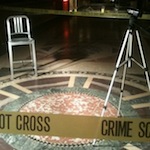 To promote J.J. Abrams' groundbreaking TV series Alcatraz, a series of unsolved crimes were staged as participatory events inviting investigation and deduction. Participants deciphered clues, investigated crime scenes, interviewed suspects, and some even solved the crimes. Every solution yielded entry into an immersive and engaging sweepstakes, with three lucky players rewarded with all-new Ford Mustangs. G&S consulted on the NYC "crime" location, sourced all props for the event and promoted to our local audience. 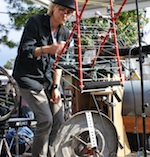 An annual international festival celebrating all things DIY, Maker Faire in its NYC location didn't have a music stage -- until G&S came along. Now we curate a diverse lineup of unusual acts every year, garnering blue ribbons, press attention and delight of the audience. G&S also does NYC PR for the festival, alongside their national Press Director. 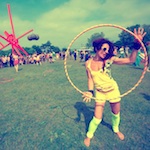 FIGMENT is a free annual multi-day clebration of participatory arts, drawing over 35,000 participants in NYC, Boston, Detroit, Washington D.C., Pittsburgh, and Jackson, MS, in 2012. G&S has been FIGMENT's sole Press Coordinator since 2010, garnering rave reviews in all major NYC press outlets."If FIGMENT were a country, it would be the happiest in the world - and I would apply for citizenship immediately." - BBC Travel. "FIGMENT has become one of the most exciting arts weekends within ferry distance of Manhattan." - The Village Voice "Best Art Festival" 2011. "Playful and thought-provoking large-scale installations that are not just a must-see but a must-experience." - The New Yorker