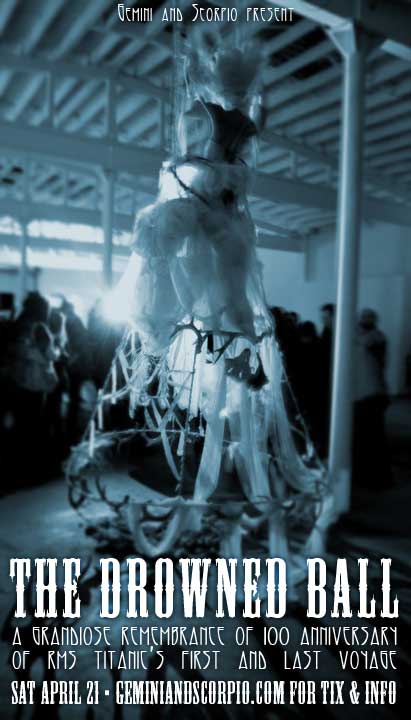 The greatest ship ever built sets sail once more. In the grand ballroom, an orchestra plays to slow-swaying aristocracy, all sparkling diamonds and rustling silk, while in steerage below, the lower classes stomp to fiddles and accordions. But mere hours later, disaster strikes, and with no escape possible, mayhem ensues.

Upstairs: waltzes from around the world by Golden Angel Waltz Orchestra. Downstairs: Strung Out String Band whirls you into an old-time vortex as you're surrounded by immersive video projections. Michaeline Sexton is adorned in Asphyxia's Ghost couture apparatus by Kaytee Papusza. DJs to follow on both floors, with a wild remix of early Americana and modern beats: Joro Boro, $mall ¢hange, DirtyFinger, and Shakey. See more about our artists below.

Dress code: Turn-of-century-ball meets Mermaid Parade meets zombies. Dress upper class or steerage, before the iceberg or after -- or even as the iceberg itself. Sea creatures most welcome, especially luminescent ones. Ocean explorers, bring your cameras. 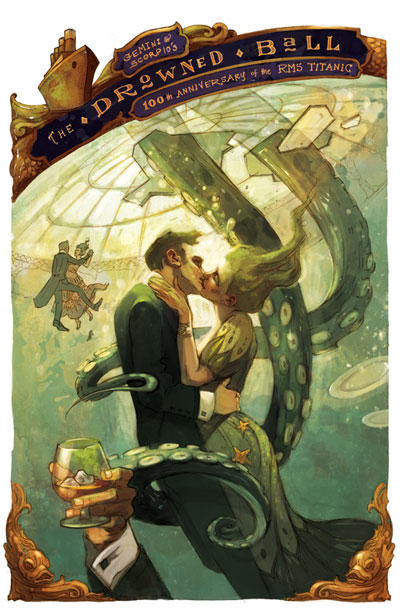 In the tradition of turn-of-century Grand Bal art posters, artist duo Teetering Bulb are creating a one-of-a-kind painting to commemorate the event. Skink Ink Fine Art Printing will run a limited unnumbered edition of 50 12x18 prints on archival cotton rag paper, only available to event guests as bundled with 1st class tickets ($50) or at the event, if any left ($60).

See a larger version of the poster over at Teetering Bulb. 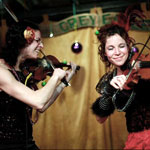 The Golden Angel Waltz Orchestra takes you down memory lane singing songs about sweethearts, parlors, victorian love affairs all done in waltz tempo for you waltzing desires. The sweet songs of fiddles, accordion, clarinet and bass will make you swoon in your lovers arms. This group brings back the joys of waltzing. Sarah Alden and Rima Fand of the Luminescent Orchestrii play fiddle and sing, Patrick Farrell of the Staggerback Brass band plays the accordion, Michael Winograd of the Veveritse brass band plays the Clarinet and Tim Kiah plays the standup bass. 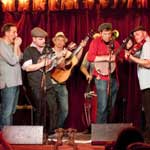 The Strung Out String Band is a six person acoustic ensemble dedicated to interpreting "Old Time Southern" music. They blast audiences into a frenzied dimension of ecstatic boogieing using fiddle, banjo, guitar and, in the great tradition of those who followed before them, anything they can get their hands on. 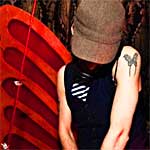 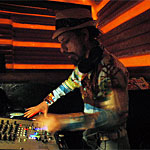 $mall ¢hange (aka James Dier) will never stop. A musical addict, he's been collecting and DJing for over 15 years, has tens of thousands of records, in every conceivable genre and time period. Seriously deep crates in funk, jazz, blues, soul, latin, reggae, dancehall, hip hop, house, breaks, jungle, booty bass, classics, rawk n' roll, punk, vintage RnB, disco, downtempo, ambient, experimental...you get the picture. Some people say they're eclectic–-this homeslice lives it, with the skills to mix it all together. $¢ has been involved with WFMU, the world reknown freeform station, for over a decade, plus regular sets on AOL's dance station and Giant Step's Jukebox. He's played in every conceivable downtown NYC/BK venue you can think of, swank, underground, big, small: but always funky, and has been involved with the legendary Rubulad crew for a decade. 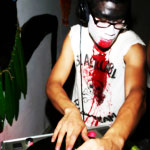 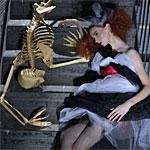 Kaytee Papusza currently lives and creates in a warehouse in West Oakland, California. Kaytee believes in a world made out of poetry and color, a language formulated on our bodies by the clothes we wear, by a universe made up of dreams, where only the surreal is concrete. Kaytee creates one of a kind conceptual couture collections using unconventional materials and fair trade fabrics gathered from around the globe. Her work has been featured in The New York Times, The New York Post, Sang Blue and Belle Armoire. She is constantly working on new projects to alleviate the stresses of reality, and enhance the realms of imagination. 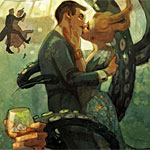 Teetering Bulb are Kurt Huggins and Zelda Devon, an illustration duo from Brooklyn, New York. Working together for about 5 years, they bring a darkly whimsical edge to storytelling, concept art, editorial illustration, and advertising.