New Year's Eve 1979. The end of a decade. Four tons of glitter. Decadence and overindulgence. Everyone who was anyone was at Studio 54's Glitter Ball. It was not merely a party, it was a legend in the making. This New Years Eve, Gemini & Scorpio close out our ninth(!) and most over-the-top year to date with a second chance to experience the the grandest, shiniest, sparkliest moment of New York City underground party culture. 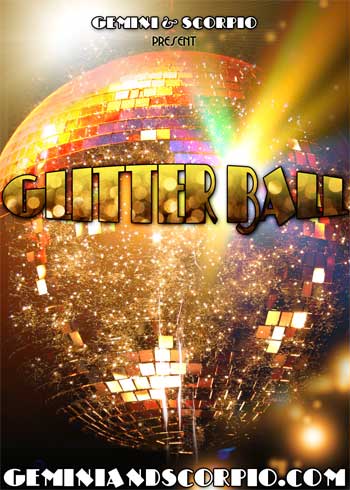 Expect the surreal and the sublime, disco dazzle & shimmer all around, rich sounds of funk and brass whisking your body into a fervor, dancers swirling like liquid gold, aerialists dropping like diamonds from the ceiling, feats of fantastic physical strength, mysterious gypsies to divine your future, booty-shaking funk/disco/afrobeat DJs, and one magical shimmering hostesses.

Dress code [you MUST dress to the theme/no casual attire - yes, you can be turned away even if you have tickets]: all that glitters, sparkles, reflects or shines; silver/gold/iridescence; diamonds/crystals/sequins/mirrors/jewels/rhinestones; glamorous gowns, glass slippers and shiny suits; Studio 54/glam disco; drag kings and queens; Vince's shiny best from Mighty Boosh; aliens and spacemen; luminescence. 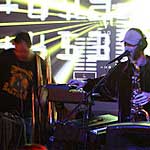 The Hornitz is a two-man operation that uses horns, keyboards, and human beatbox to create the biggest, baddest party-funk experience you've never heard in your life. The band started in May 2006 as a horn section for hire in Boston, MA and has worked with many artists including George Clinton, Guster, and State Radio. In 2008, The Hornitz began producing original music as a duo using live-looping equipment to create their high energy dance parties. A Hornitz show is one of the most dynamic and expansive spectacles ever produced by two people. 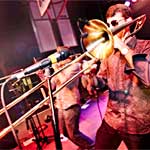 Founded by a bunch of trombone players that were fed up with sitting in the back of orchestras and jazz bands, the Po'Boys Brass Band is a 7-piece power house of brass, funk and ROCK. The four-trombone front line produces a sonic explosion of sound that breaks all preconceived notions of what the trombone is capable of. Supporting the trombone powerhouse is a chops-to-spare backline of guitar, drums, and sousaphone. The band plays original charts as well as some tasty covers, conjuring up anything from Stevie Wonder and Tower of Power to Led Zeppelin and Edgar Winter. Trombone? In the back of the band? Not anymore. 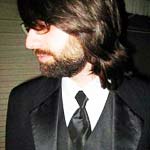 DJ Barney Iller is a stylistic jack-of-all-trades...and master of most! This "ridiculous collectro" flows flawlessly through Bmore beats, tropical bass, dubstep, jungle, showtunes, classic rock and hip hop, for a seriously effective, ultra party combo move. "Barney Iller has been makin peeps do dances they've never done before for many many years now...his sense of humor only serves to reinforce his sense of how to make you dance like you're feelin the holy spirit." - Whomptronica. 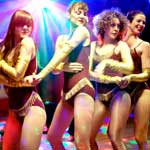 Solid Go-Go is a tribute troupe glorifying dance routines from "Solid Gold"--the TV show that had boys blushing and little girls at home stumbling in mama's high heels--or vice versa. But we'll make you laugh more! And maybe even scare you a little bit. 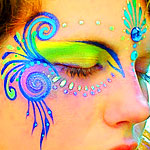 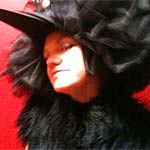